A script is a program file that can be loaded into your bot to give it new responses or functions. Bot Libre support scripts written in Self and AIML, as well as response list files. 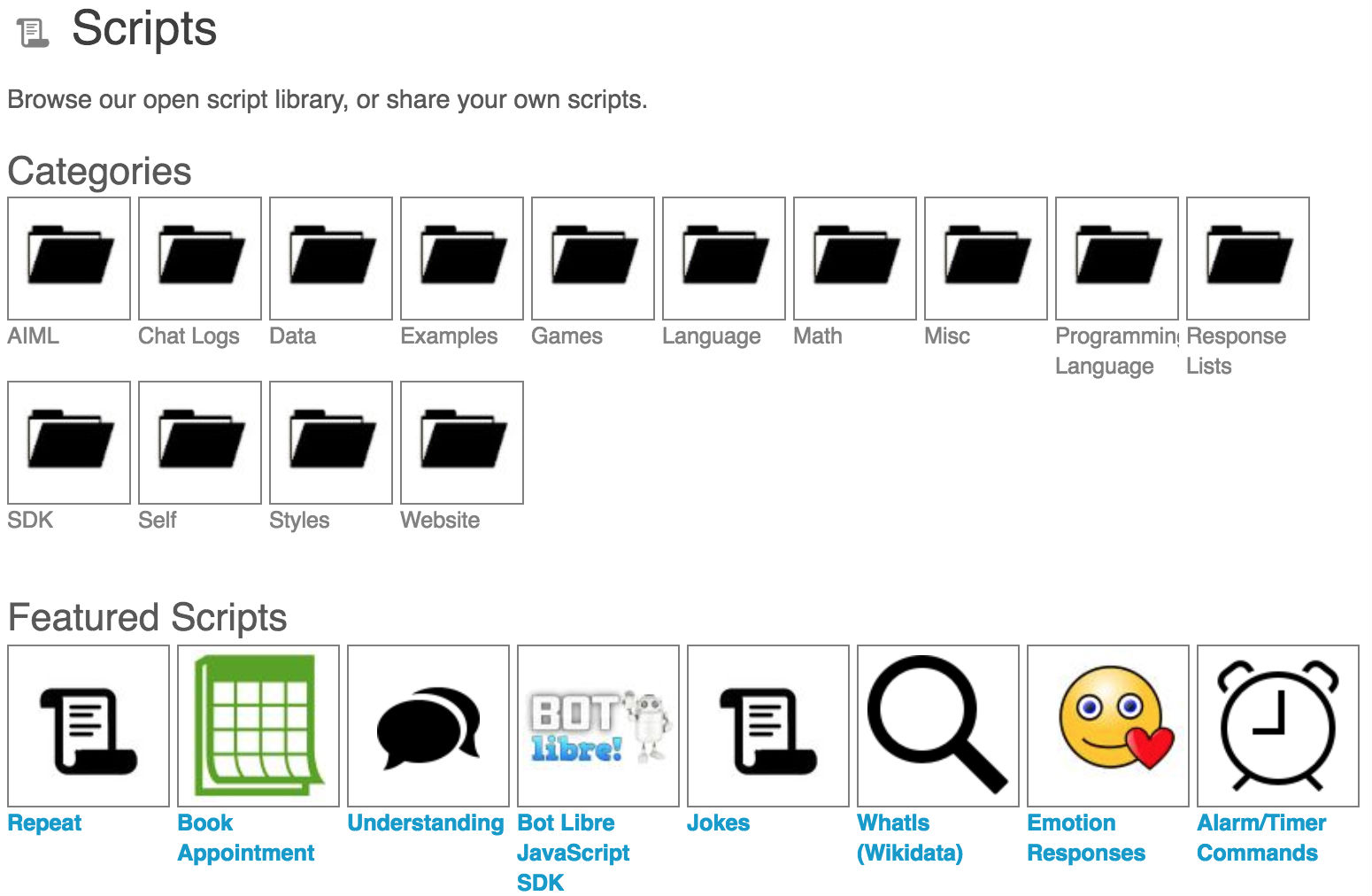 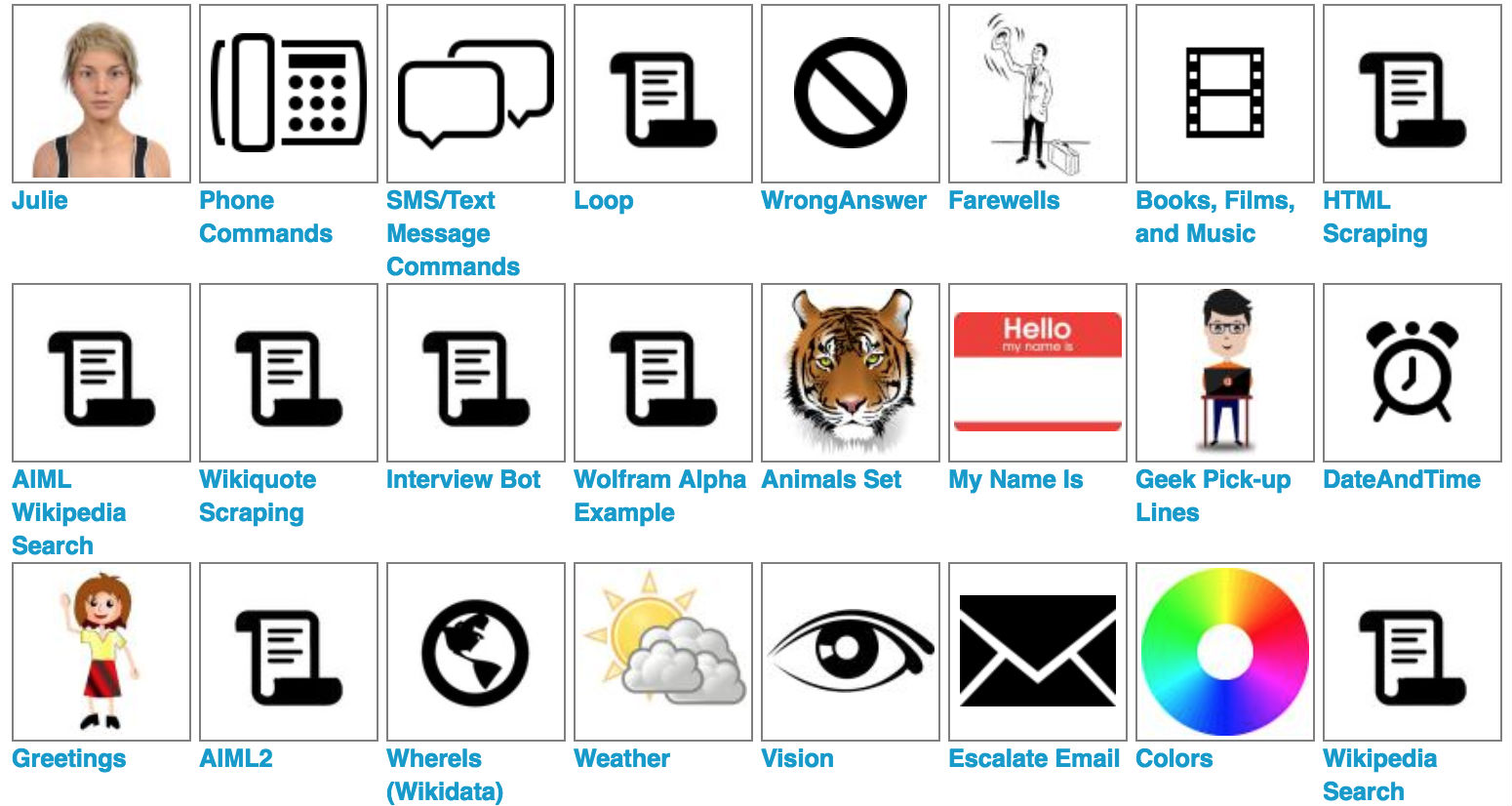 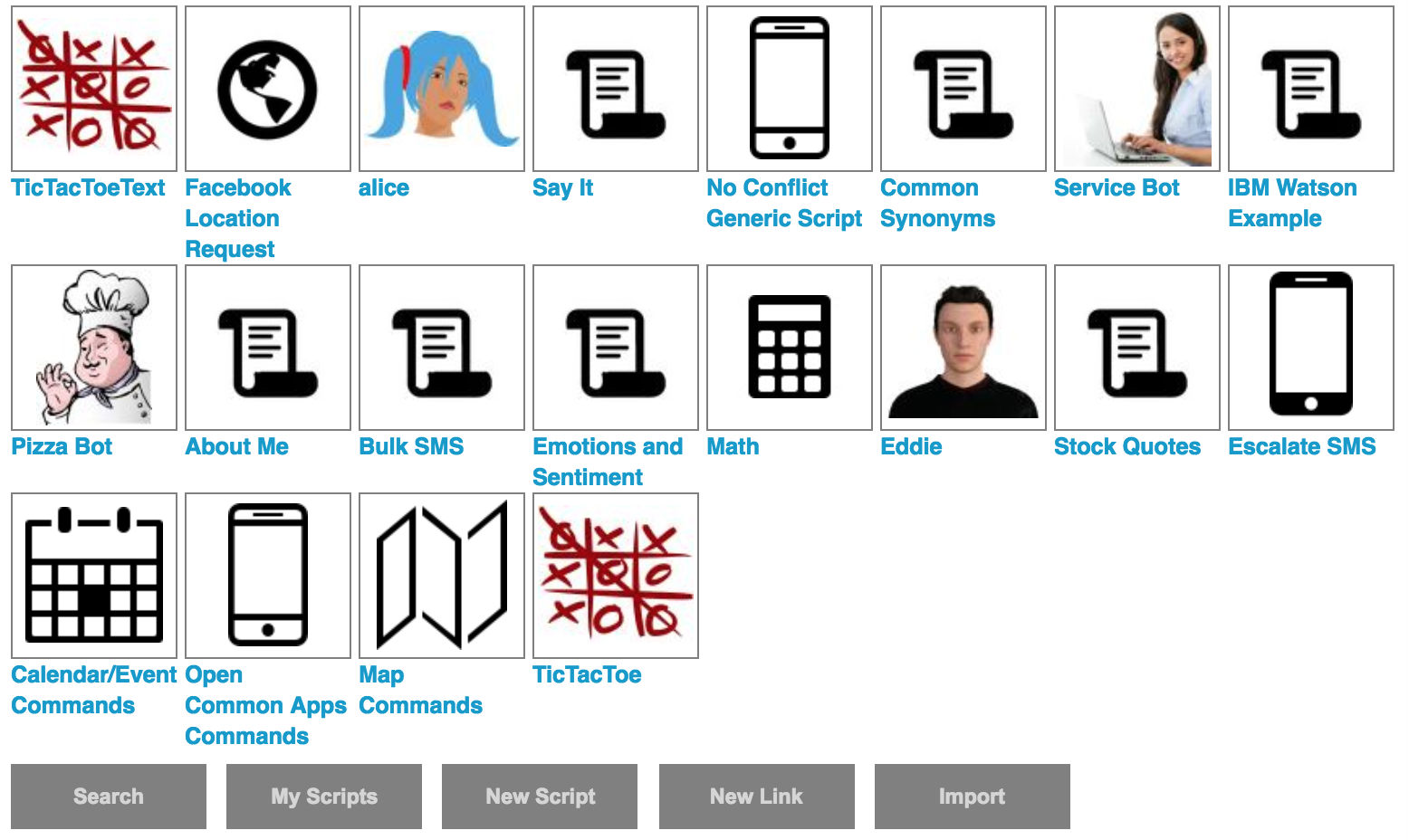 You can create your own script from the browse script page. To create a script, just give it a name, description, and category to categorize it under. You can either make the script private and choose who can access it, or make it public and accessible by anyone. 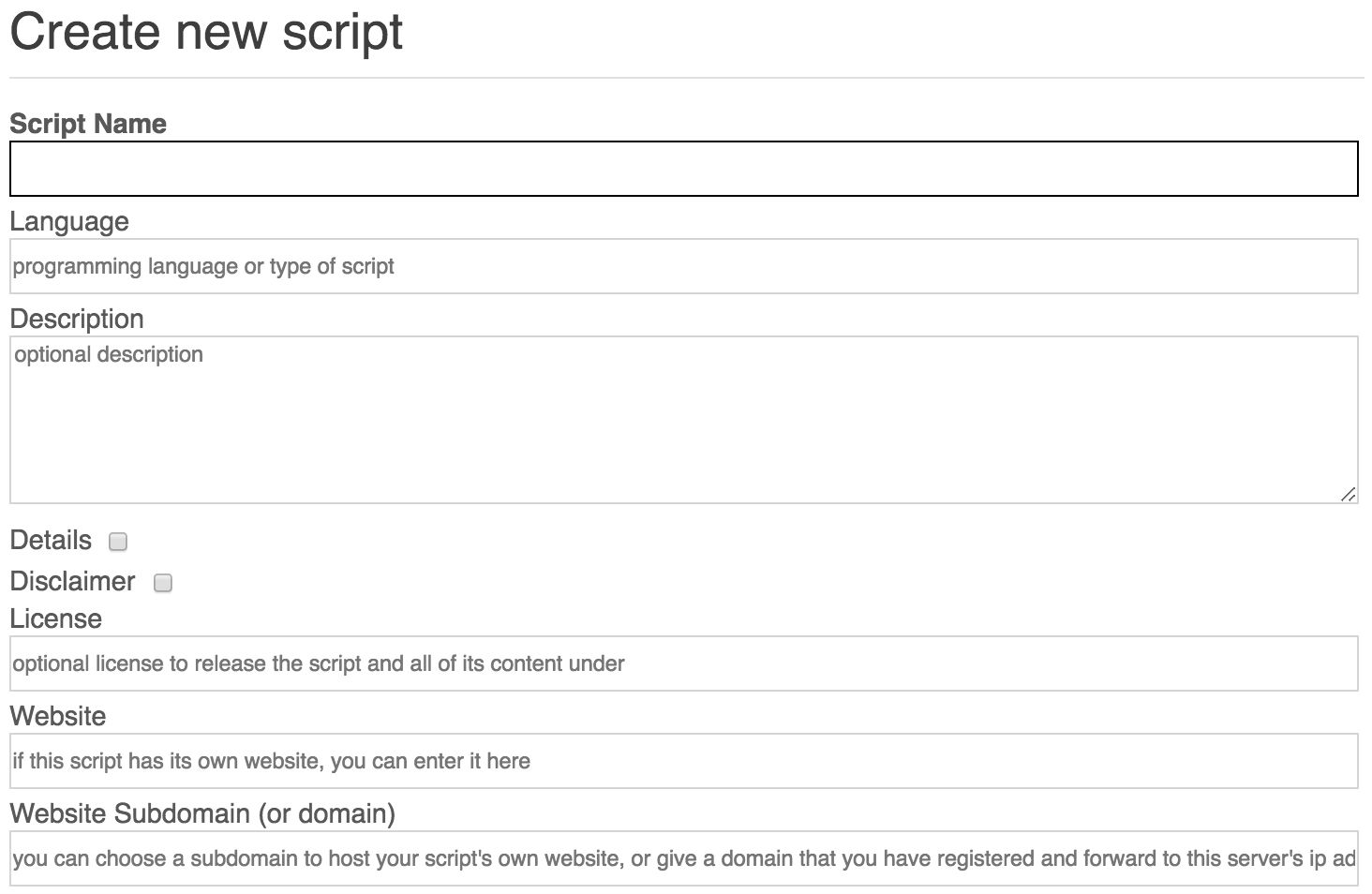 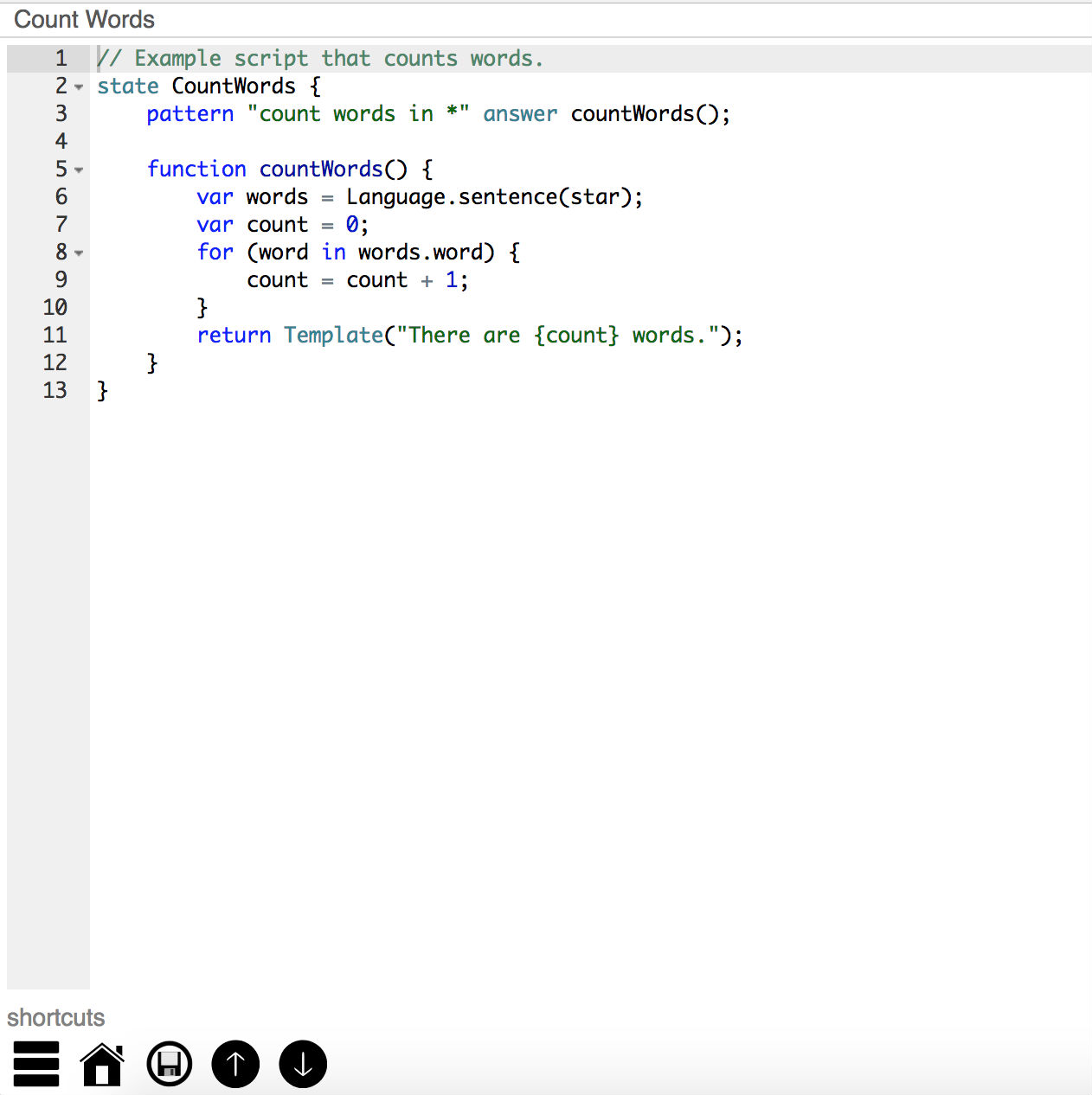